THE CHALLENGE: Feature the beautiful and comprehensive body of films in this series AND feature an vast resource of information on sacred lands around the world. Encourage people to engage in the films, learn, share information and act to protect the sacred sites of indigenous peoples.

THE SOLUTION: Creating an environment that feels like part of the indigenous environments featured in the films, using layered textures and the compelling stills. Place the extensive resources of the Learn section in a prominent location and feature supporting information prominently on the home page to draw viewers in. 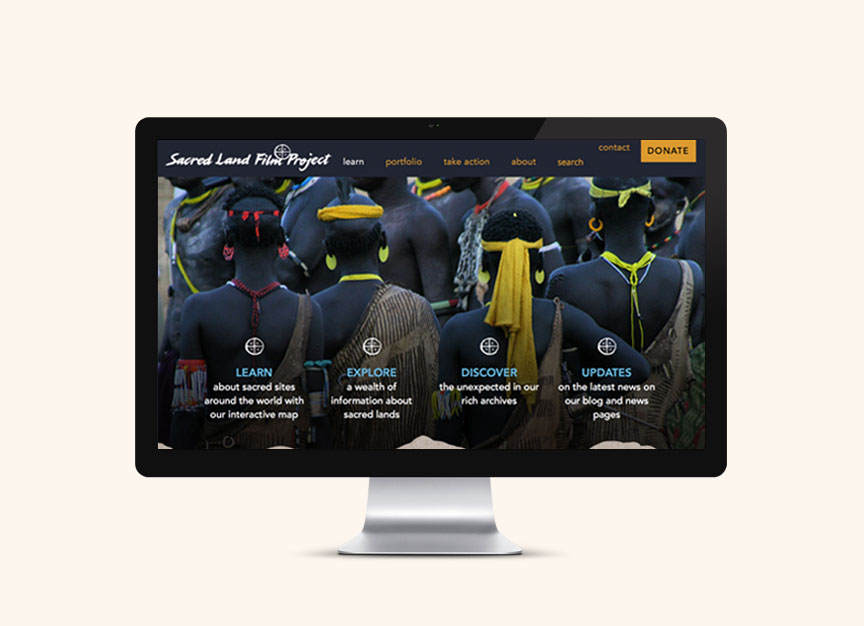 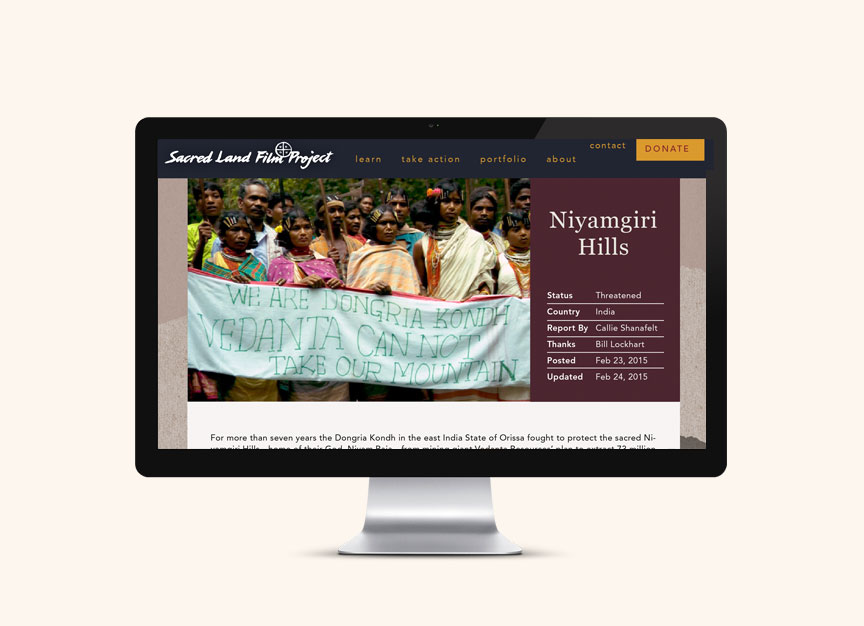 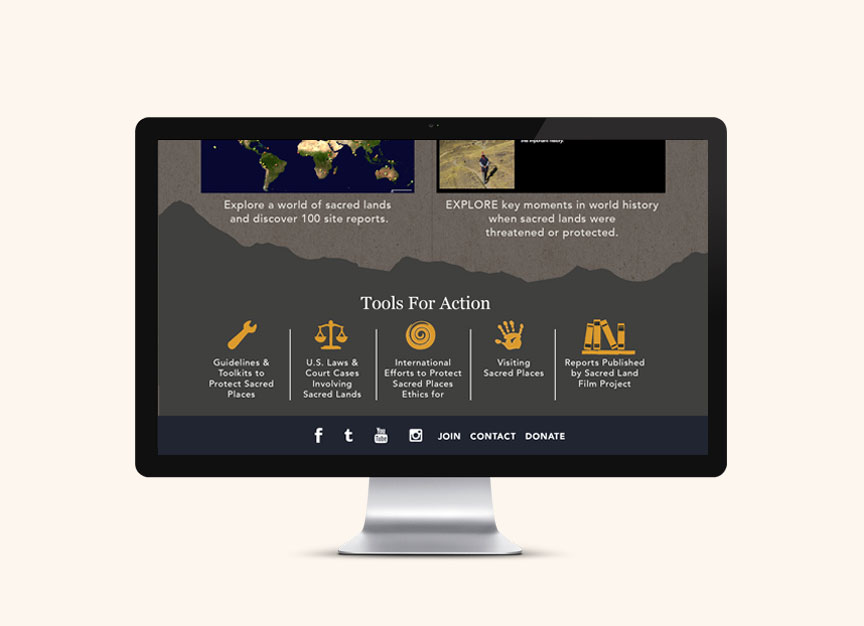 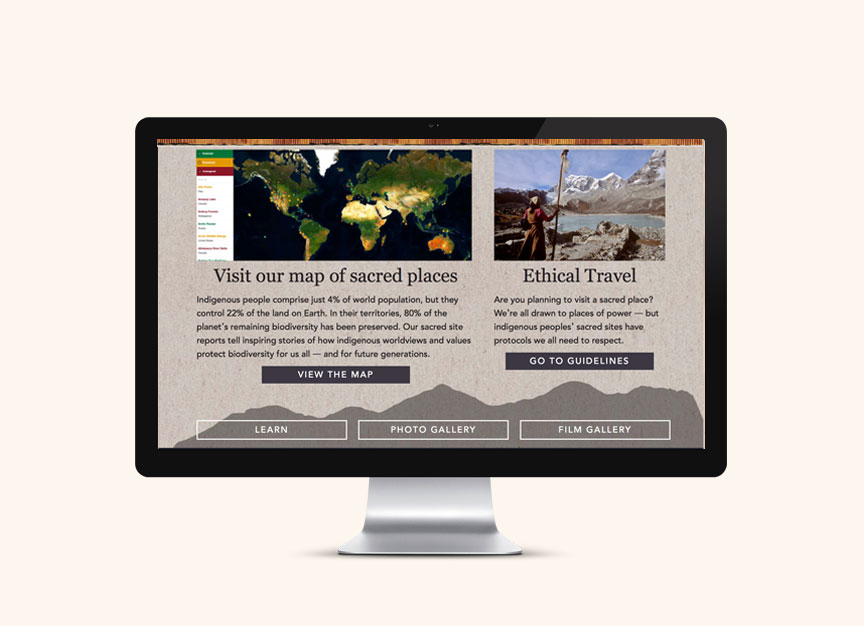