The Secret History of the Burning Man Calendar

Hi there – the 2018/2019 calendar is here! https://marketplace.burningman.org/product-category/calendars/ 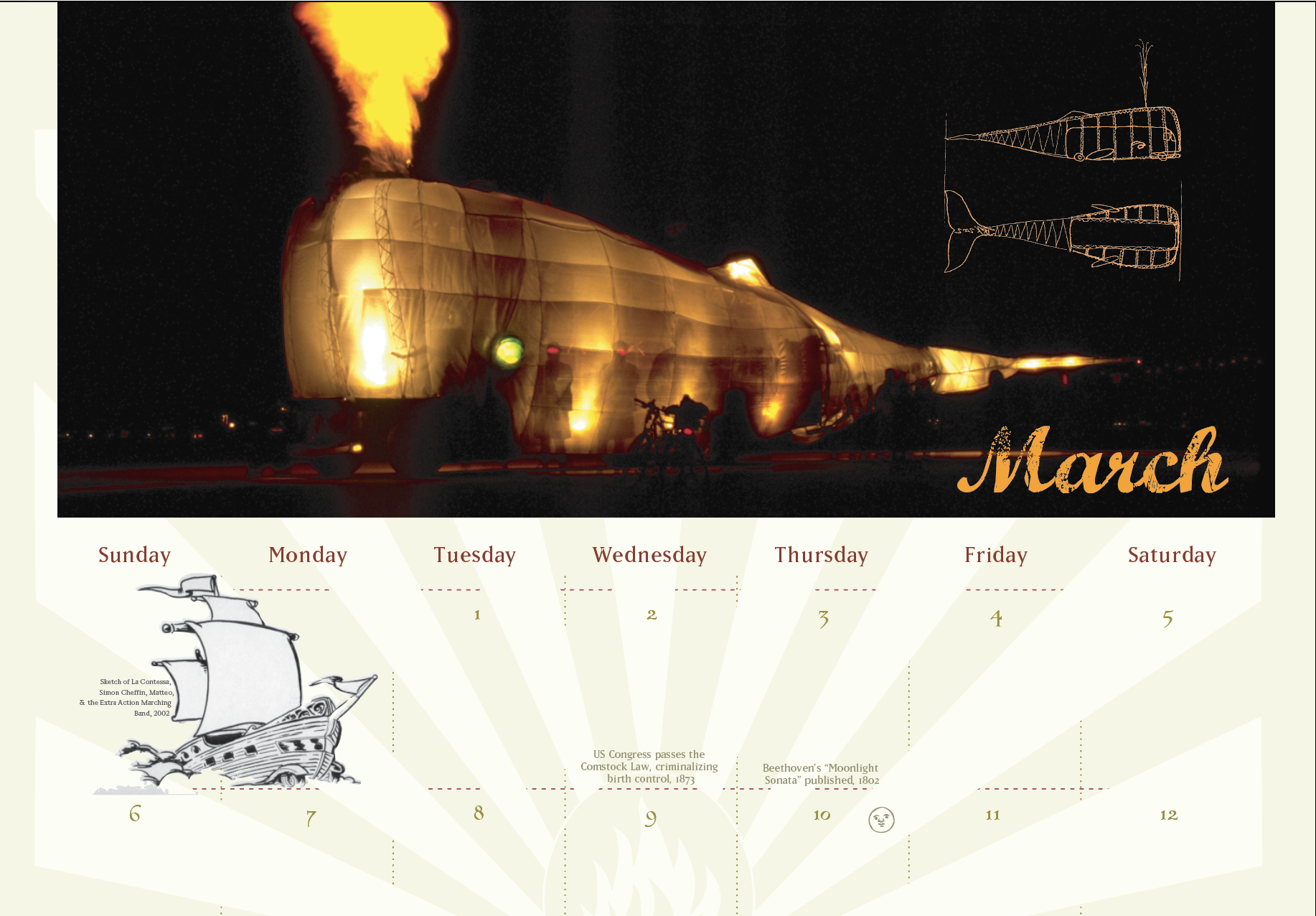 An amazing thing happened to the semi-secret Burning Man calendar last week, it went to Washington DC and made an appearance at the United States Conference of Mayors, shown here with Reno mayor Hillary Schieve.

The Burning Man calendar has been an annual design project of mine since 2004, featuring photography from the event – some of the most spectacular imagery I’ve ever seen.

Each year I partner with Heather Gallagher at Burning Man to explore different design approaches, telling a visual story that attempts to capture the whole experience of Burning Man. Featuring a range of photographers, artists, art cars, theme camps, years, people, and round the world events that take place the other 51 weeks of the year. 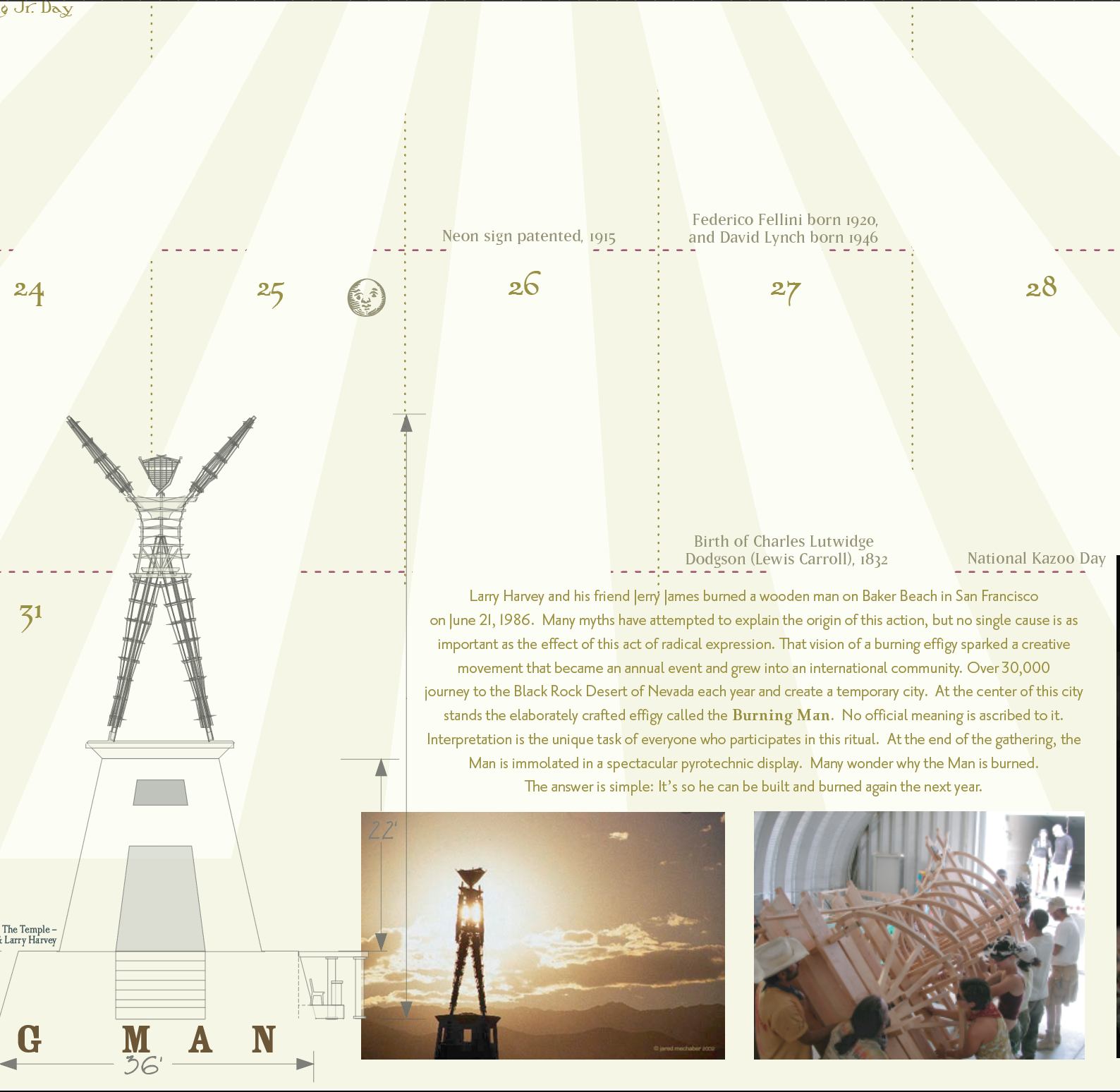 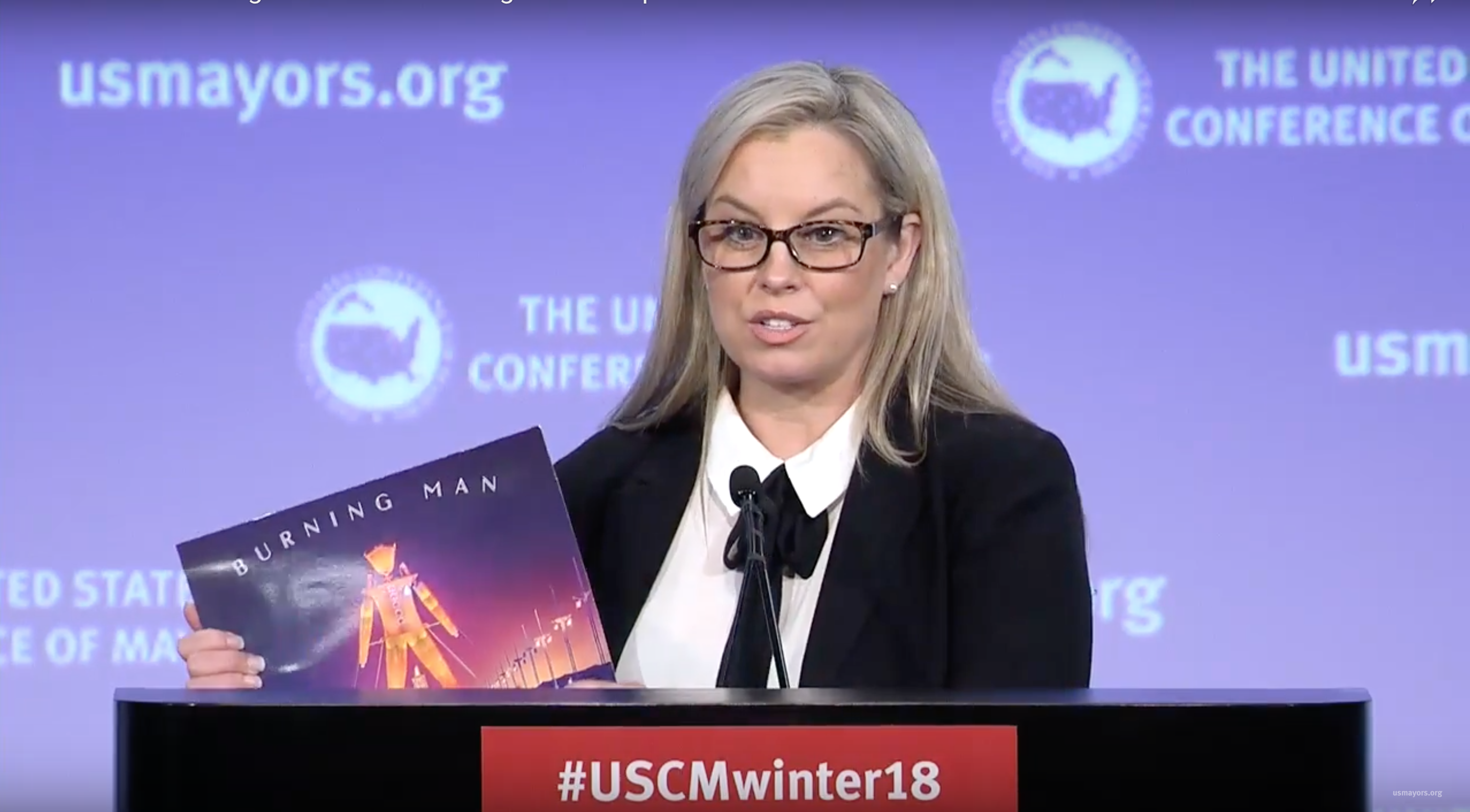 The early calendars show as many aspects of Burning Man as I could imagine. The first year showed artist’s submitted sketches and photos of the finished pieces on the playa.

The second year featured a timeline of Burning Man milestones with relevant photos and artifacts. There was experimenting with gloss vanished flames, then background texture that felt like the playa, maps, degraded photo edges, patterns, wall calendars and desk calendars, transparent vellum calendar pages, stories of year round events, the 10 Principles, and really,  *really* amazing photos. 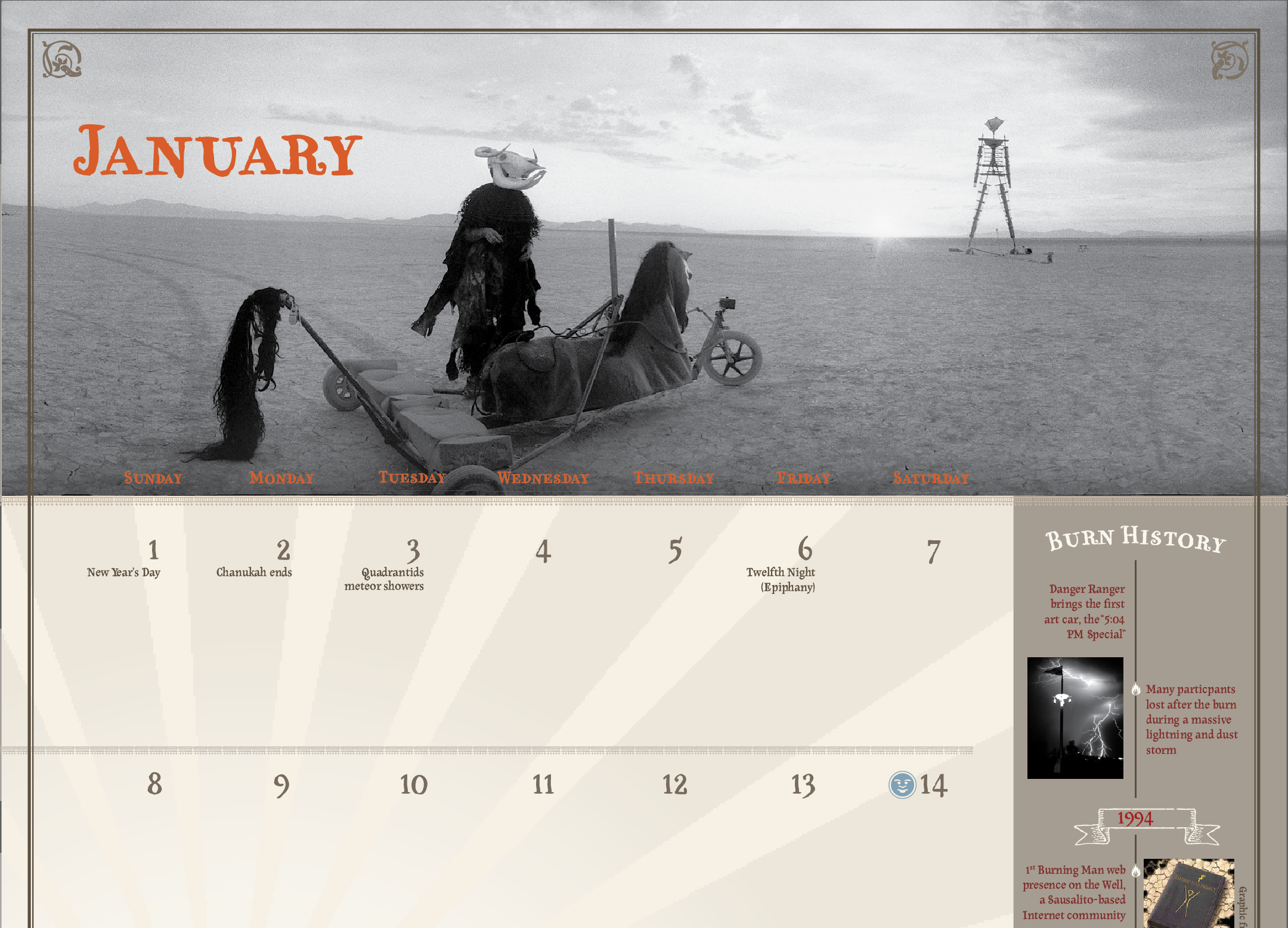 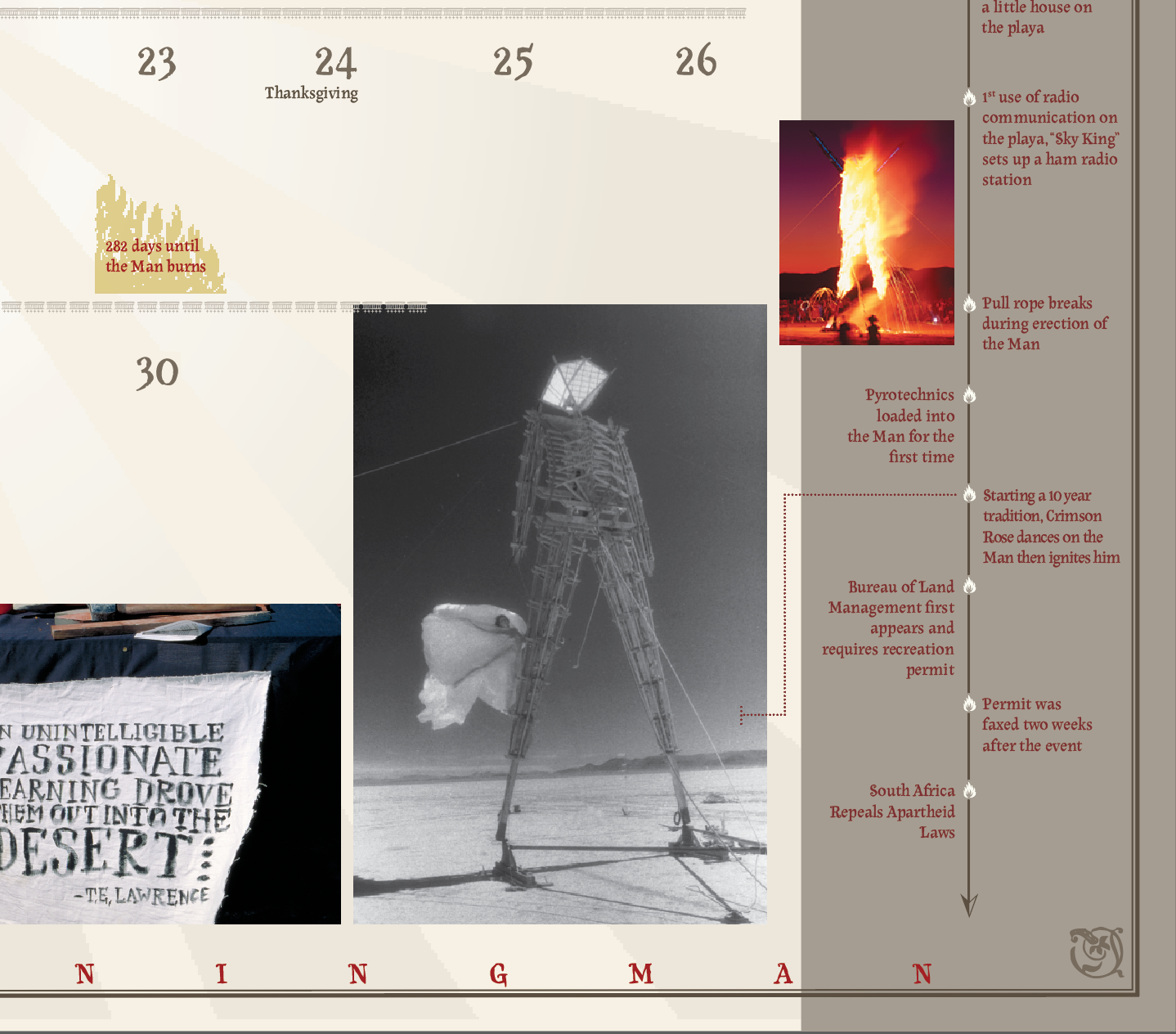 ​Of course, I’d love to see these past calendar splashed around everywhere. But here’s the thing, the calendar is a semi-secret one.

Decommodification – In order to preserve the spirit of gifting, our community seeks to create social environments that are unmediated by commercial sponsorships, transactions, or advertising. We stand ready to protect our culture from such exploitation. We resist the substitution of consumption for participatory experience. – The 10 Principles, from the Burning Man website

Nothing is for sale in Black Rock City. However, the calendar is available for purchase on Burning Man’s website – if you know where to look. 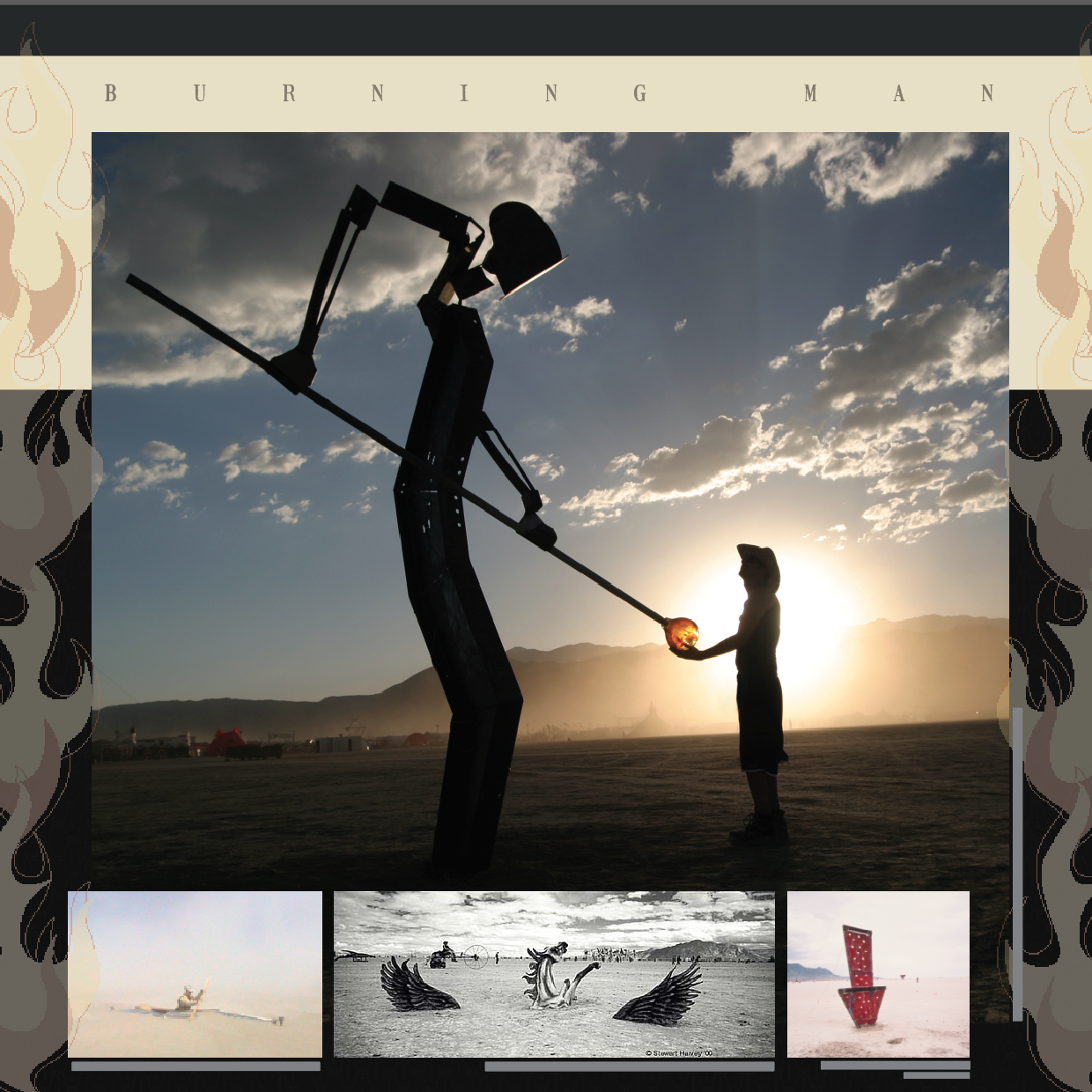 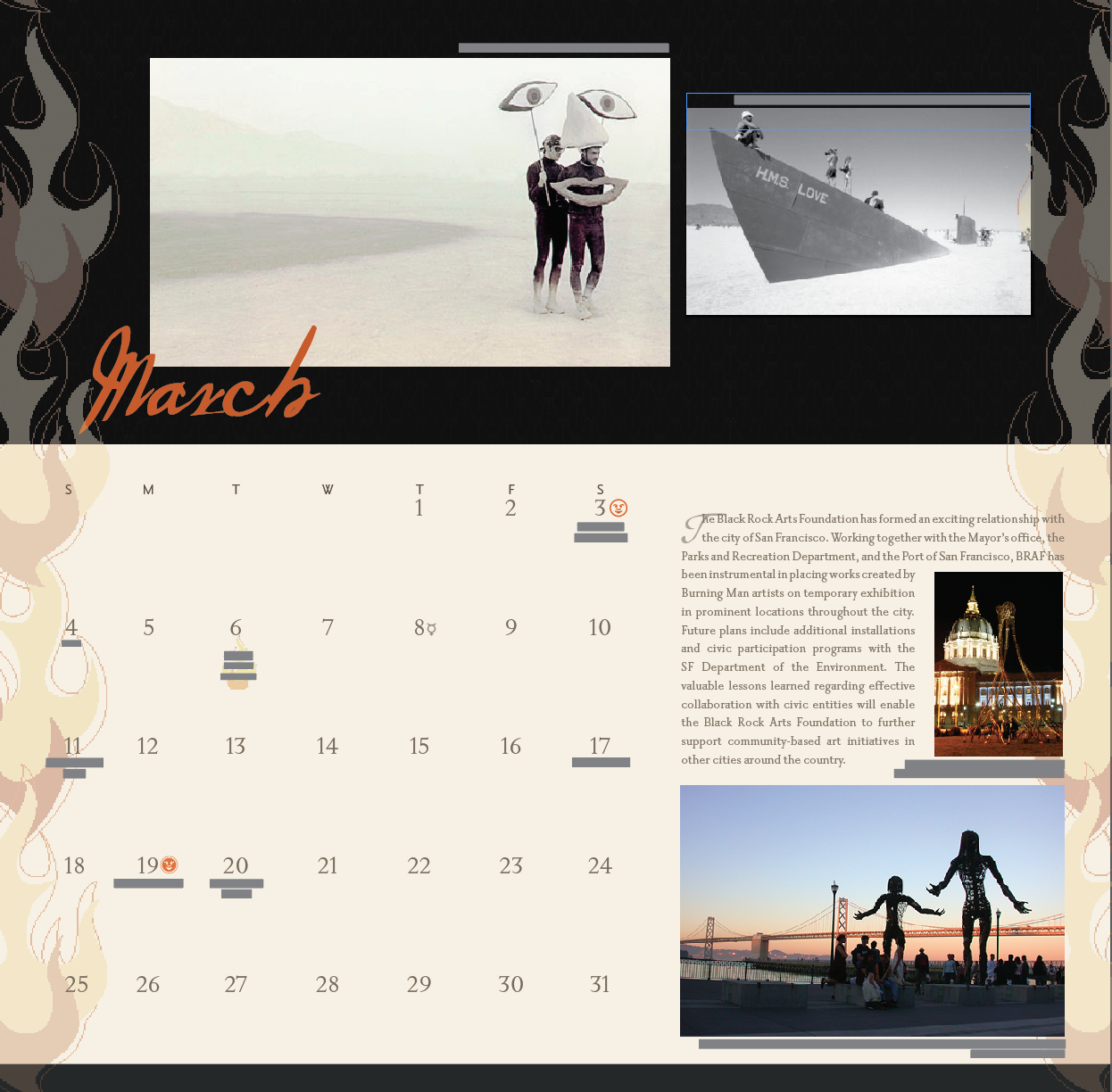 The funds from the purchase price go to producing the calendar which is primarily gifted to staff, volunteers, visiting dignitaries, politicians and….mayors. As I understand it, having items available for purchase is one way to claim and protect their trademark. So we make this beautiful thing, that is mostly given away, and mostly kept secret. Burning Man doesn’t tell their (my) community it’s out there, or how to find it. 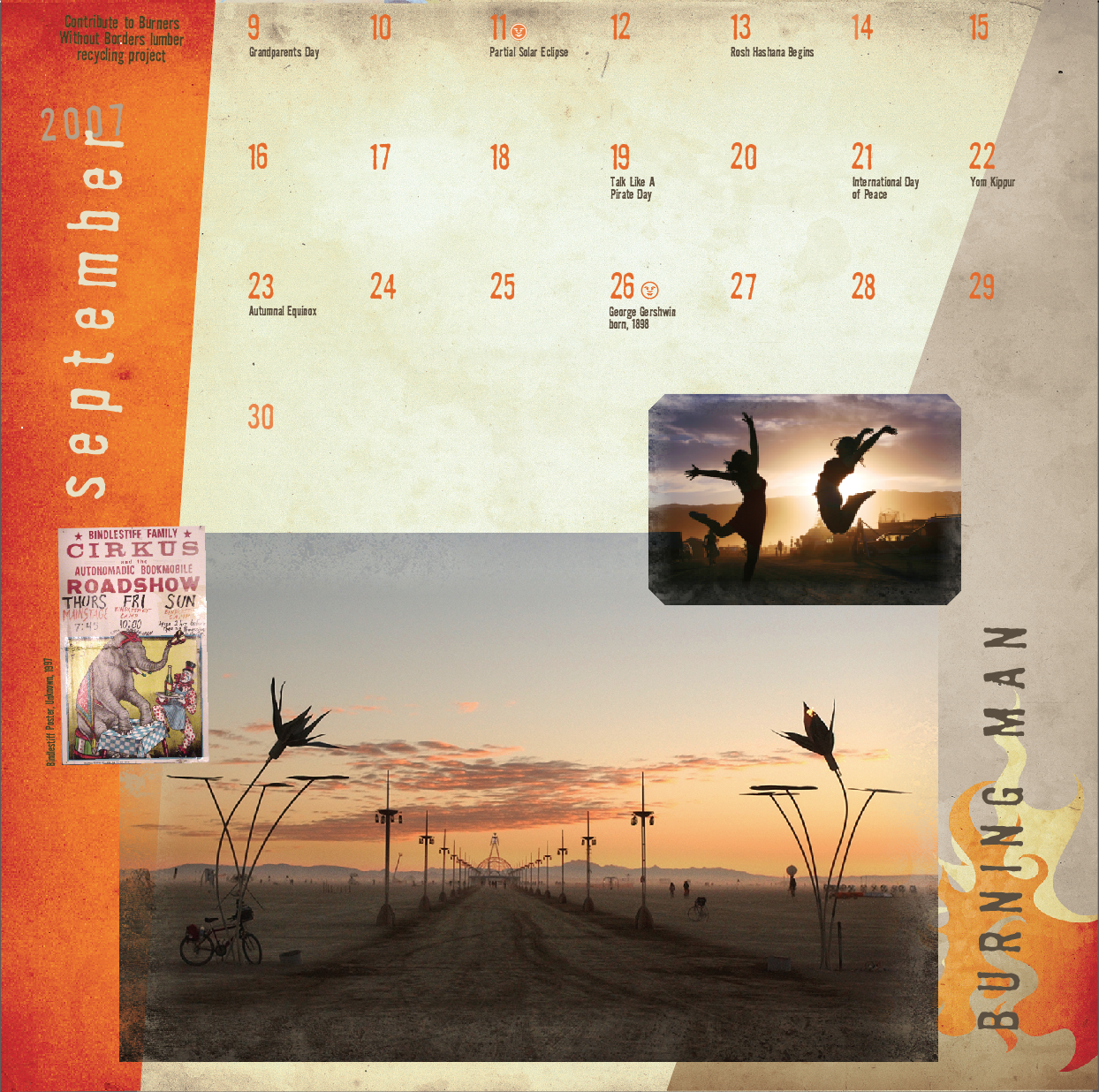 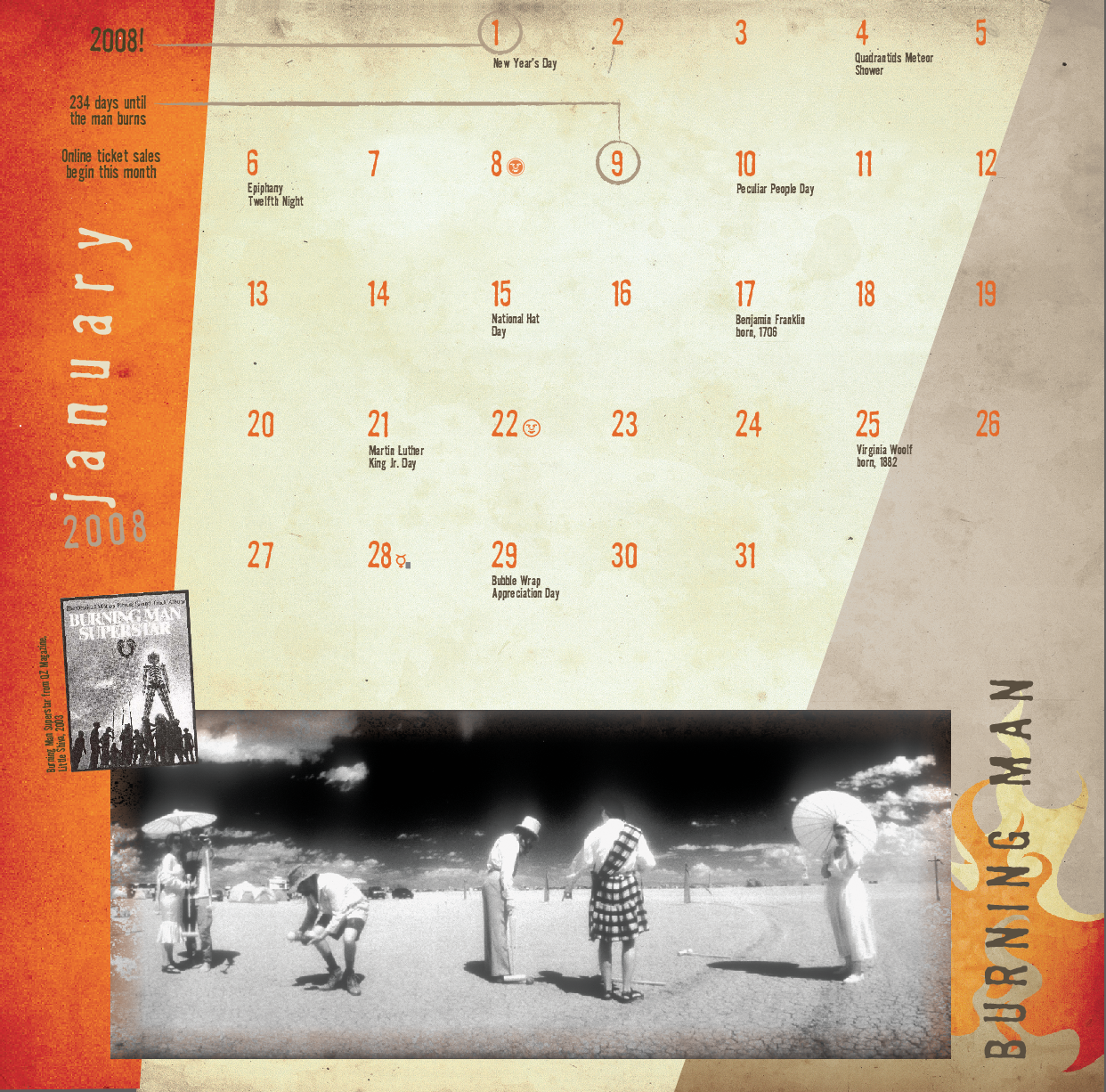 I get it, advertising a product for sale is against what Burning Man stands for, the community of passionate citizens would have a dramatic and pyrotechnic response – and they’d be right. But I imagine they’d be psyched to have something to gift to friends who love the event, and especially those that will never step foot in Black Rock City.

It’s a thrill to see my calendar out in the world, given as gifts to roughly 500 mayors of American cities.

And that’s exactly why I’m inspired to share the evolution of that project here.

Fun fact: These calendars are from burn to burn instead of from New Year’s Day to New Years Eve, so each one spans two years. 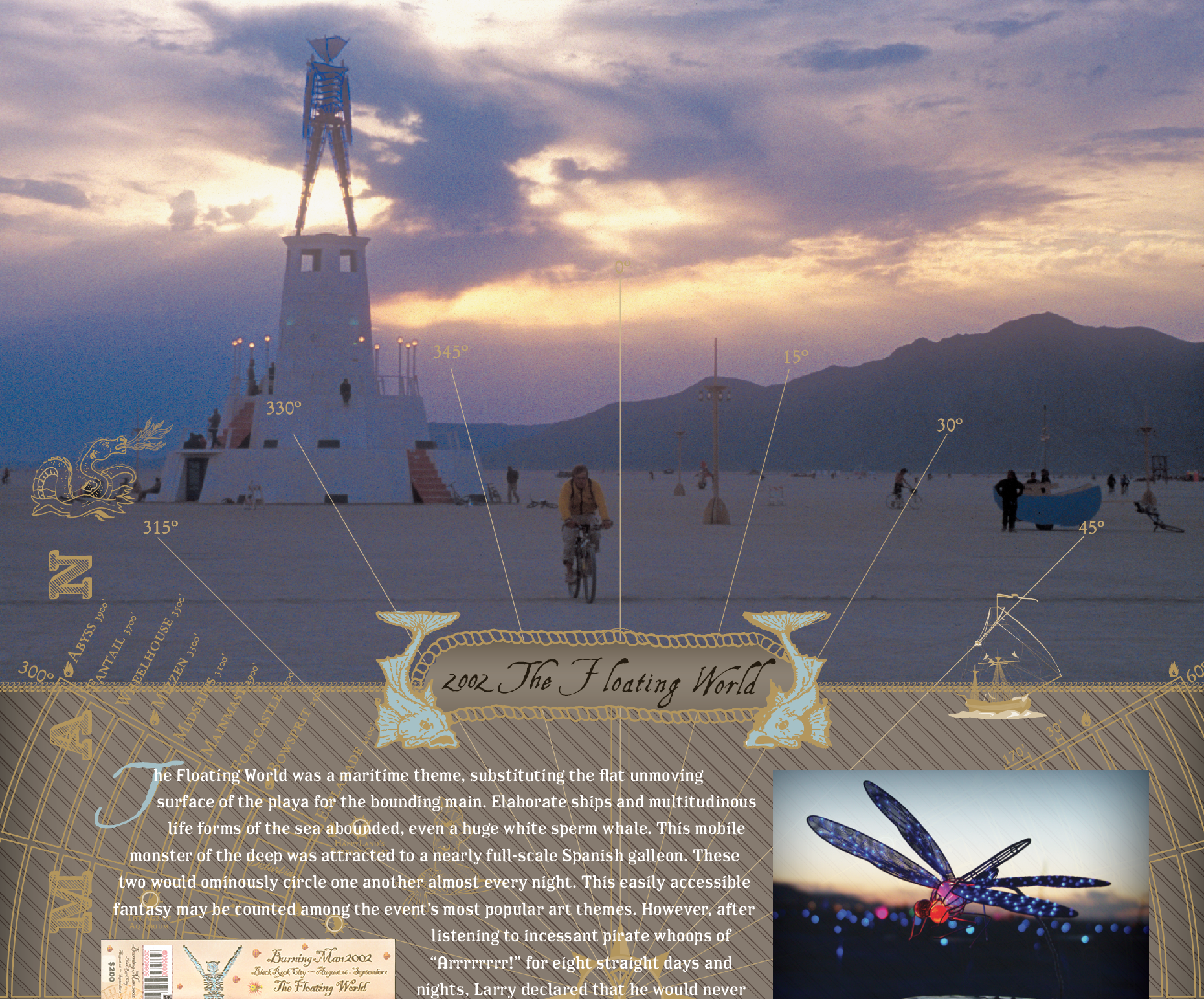 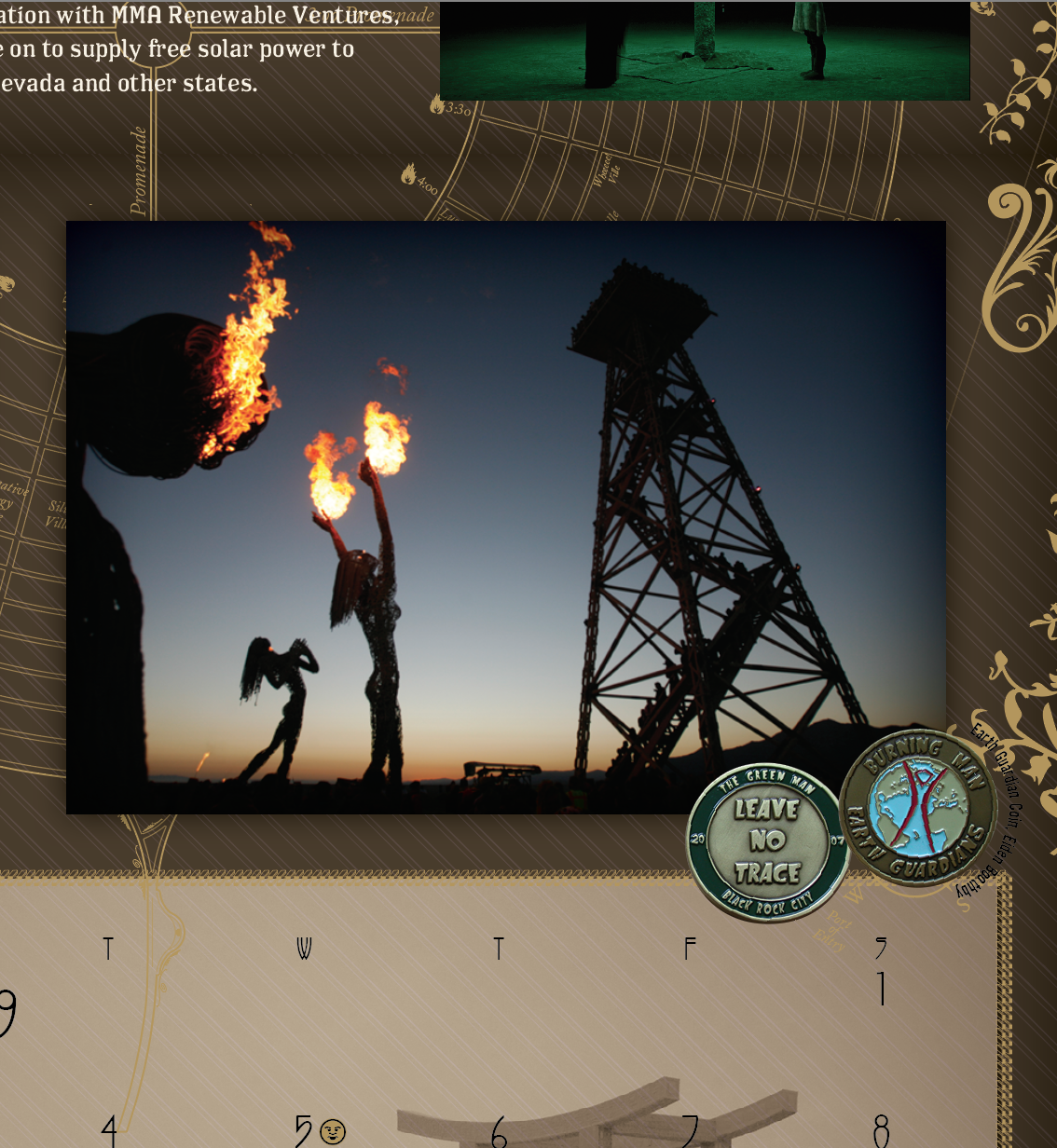 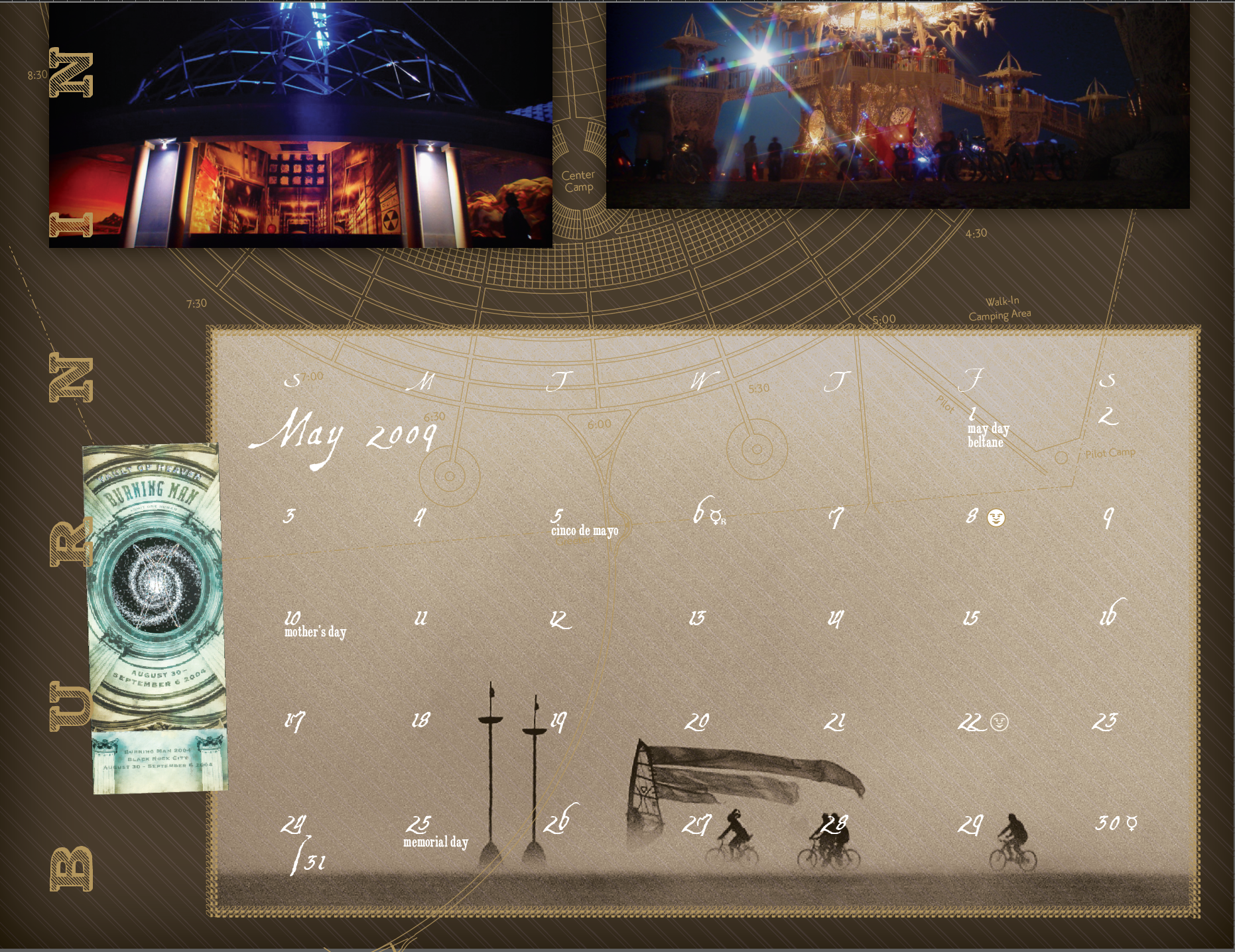 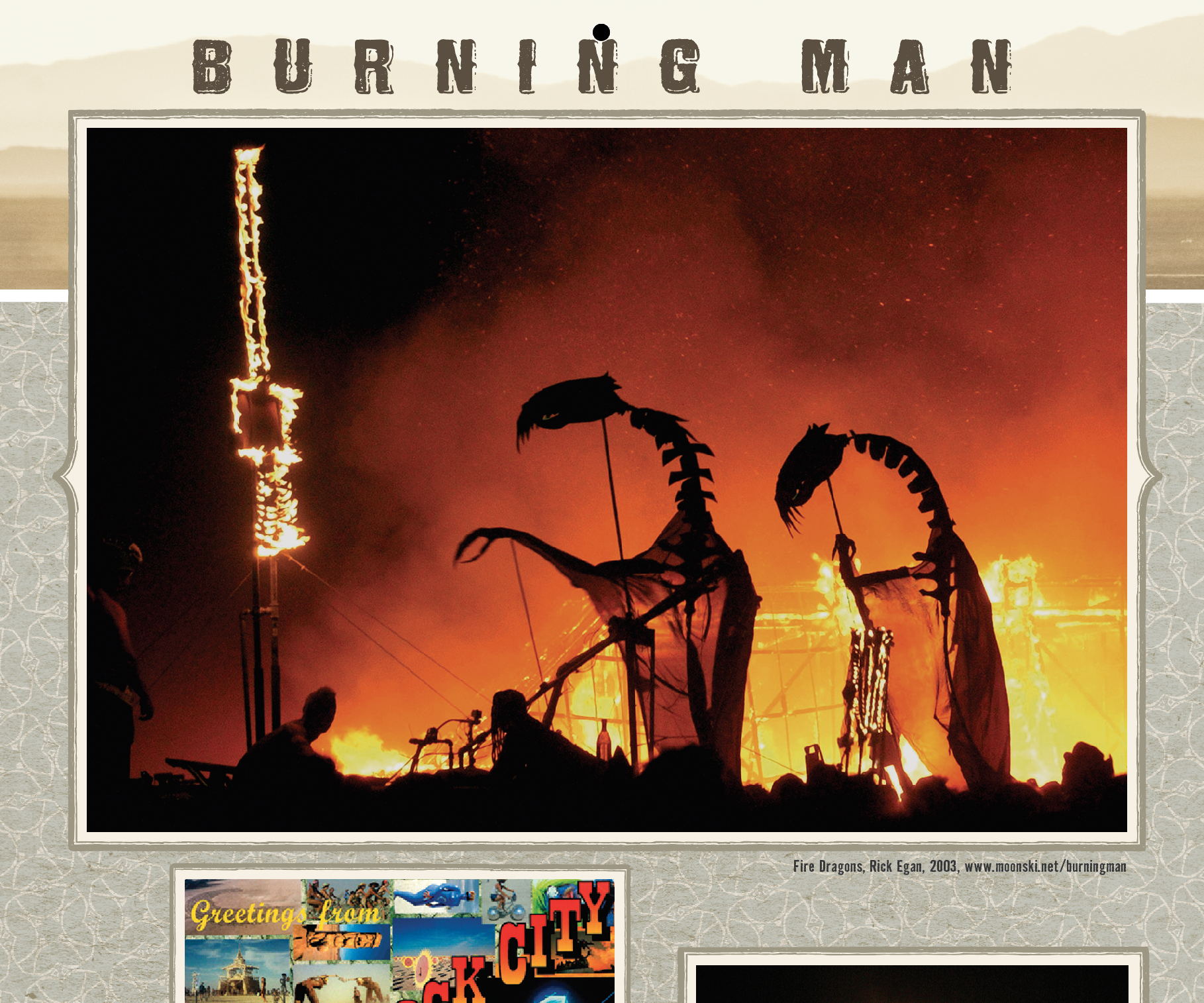 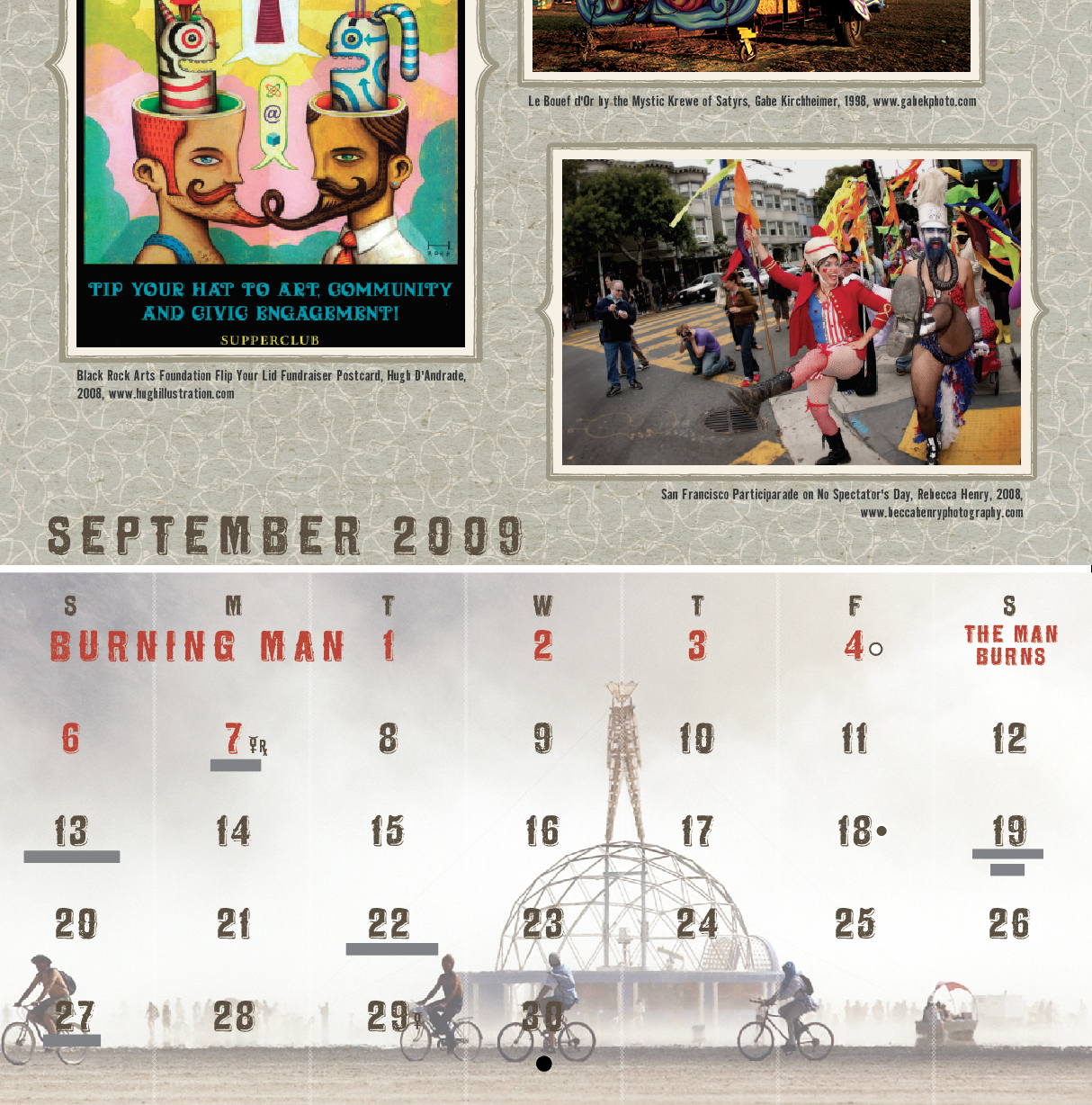 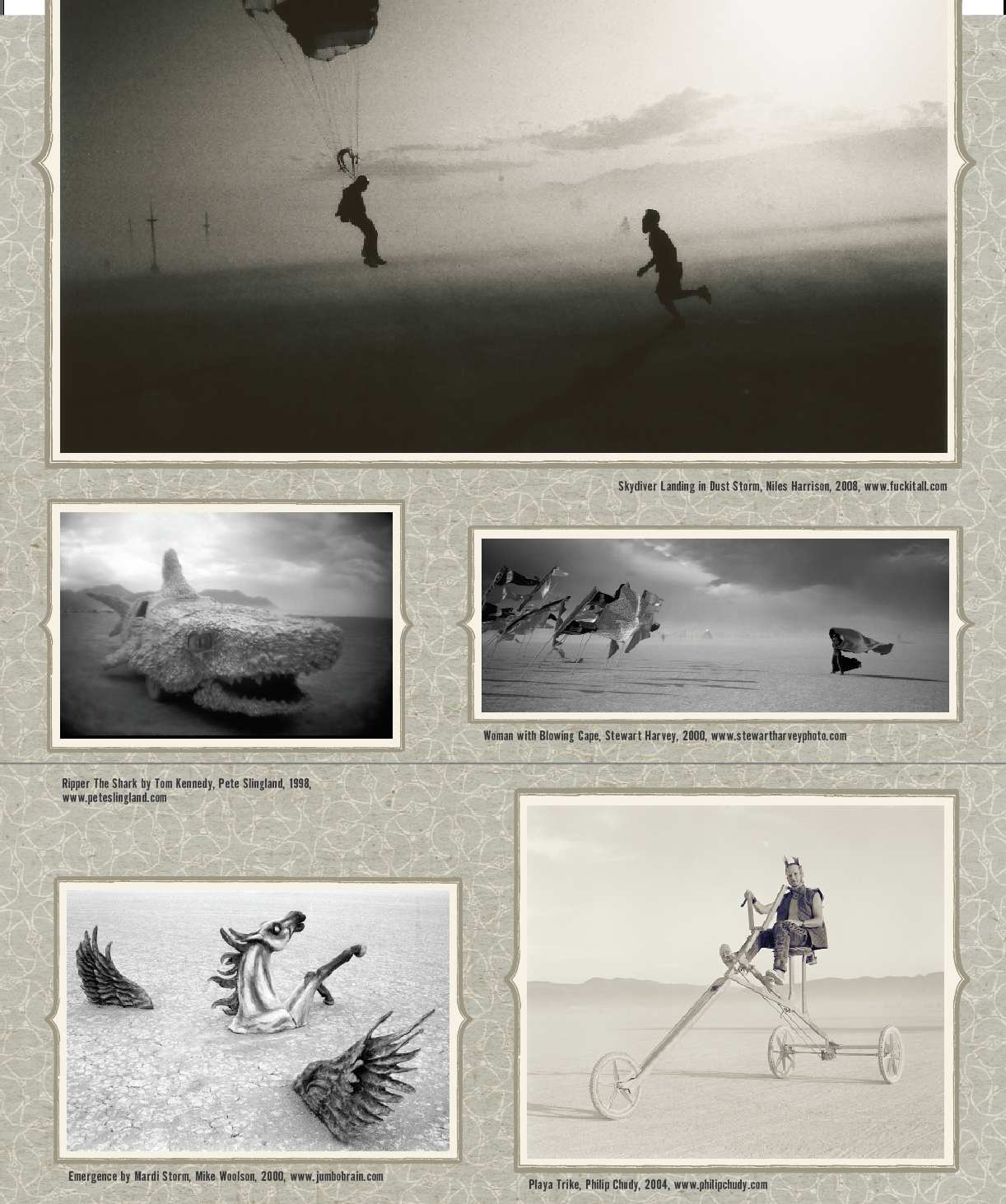 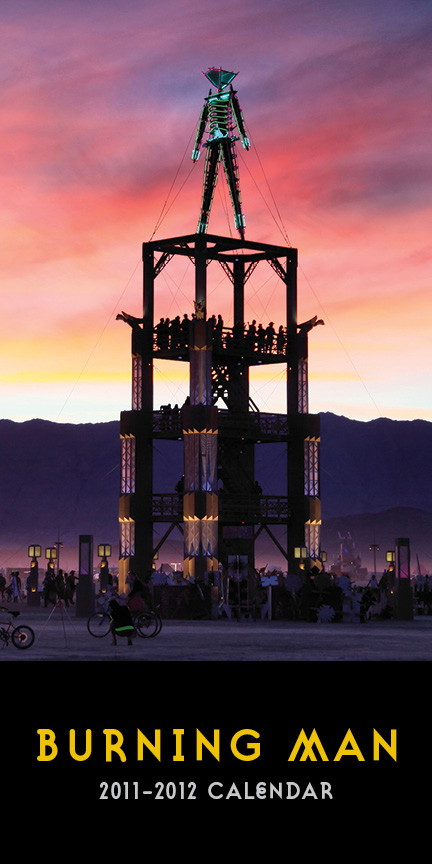 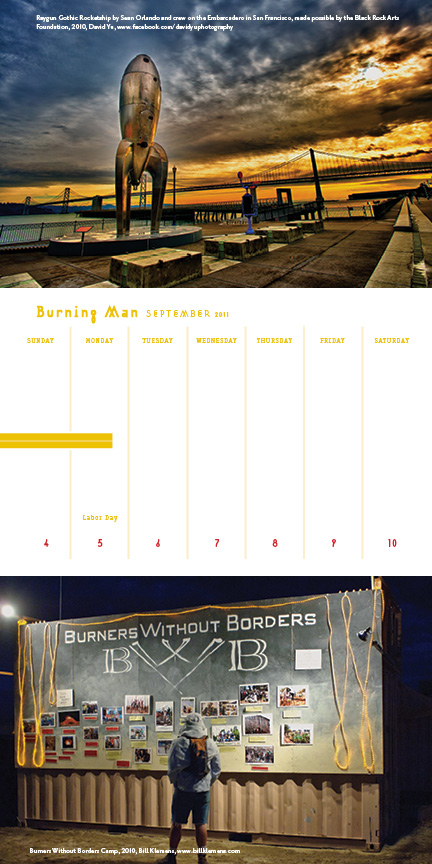 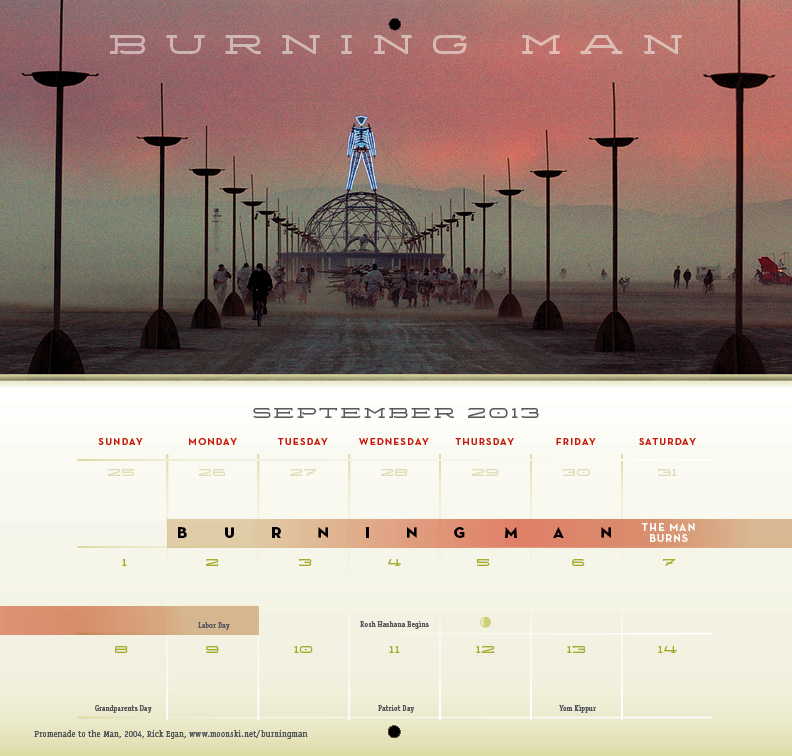 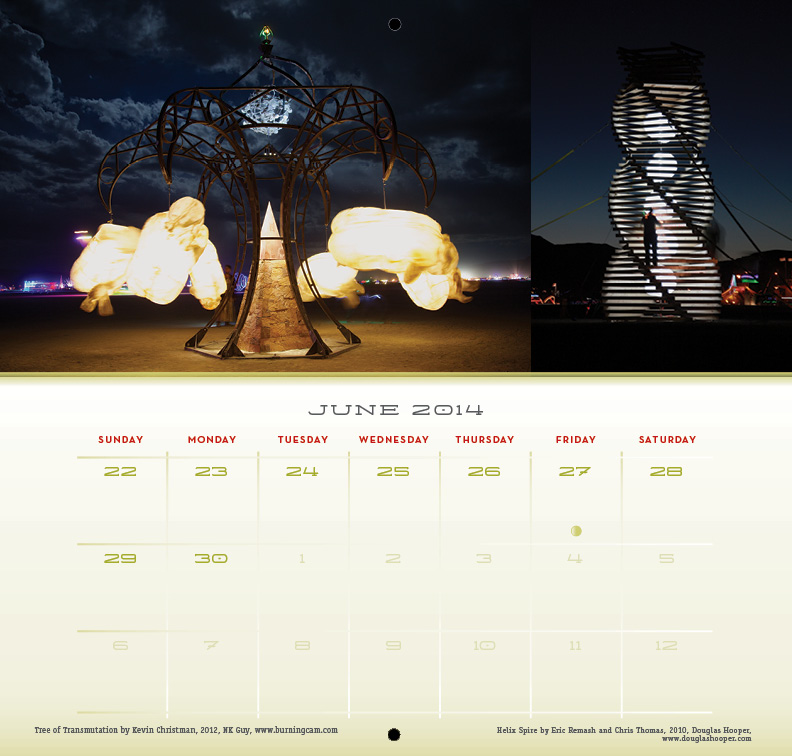 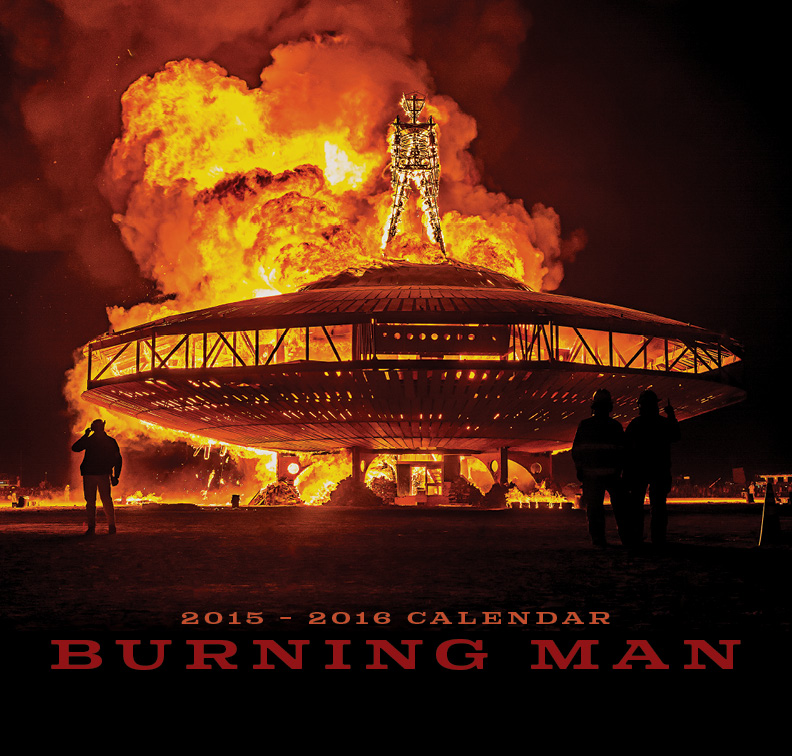 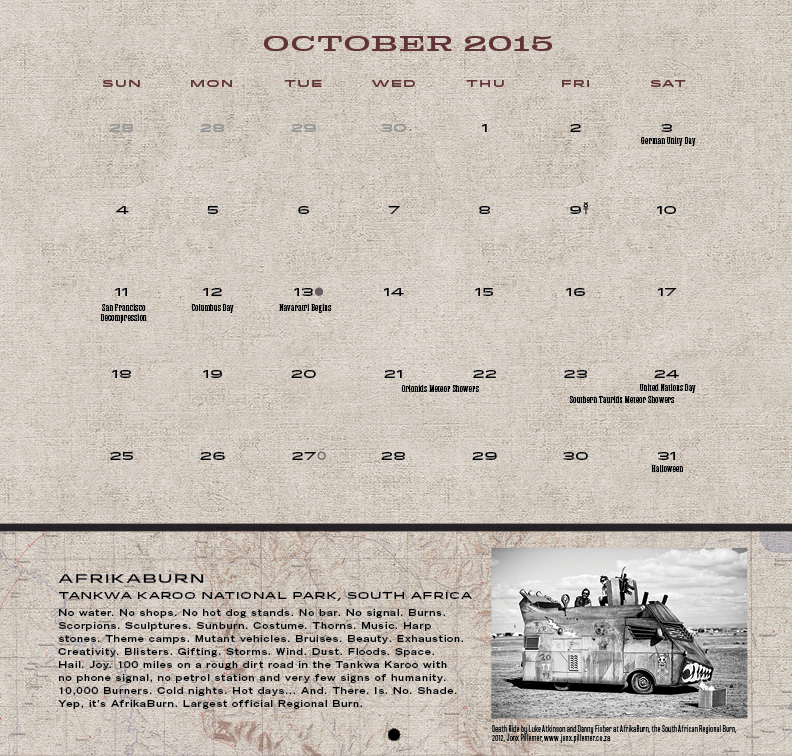 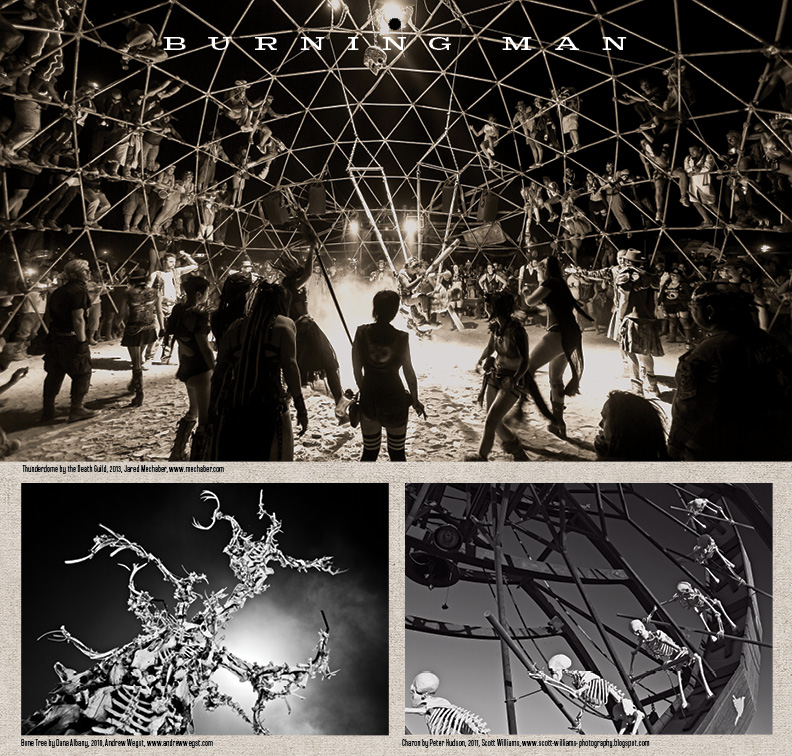 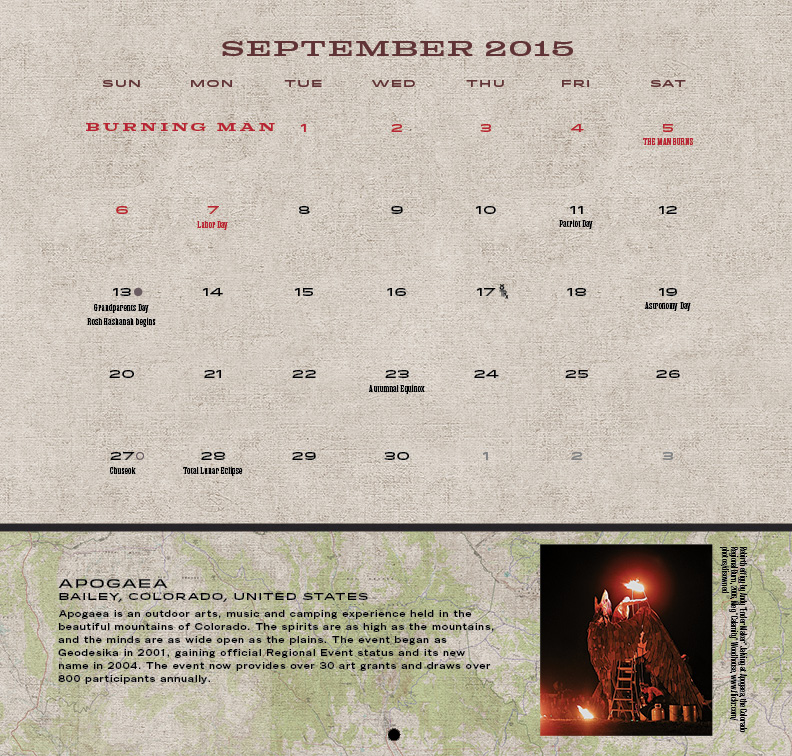 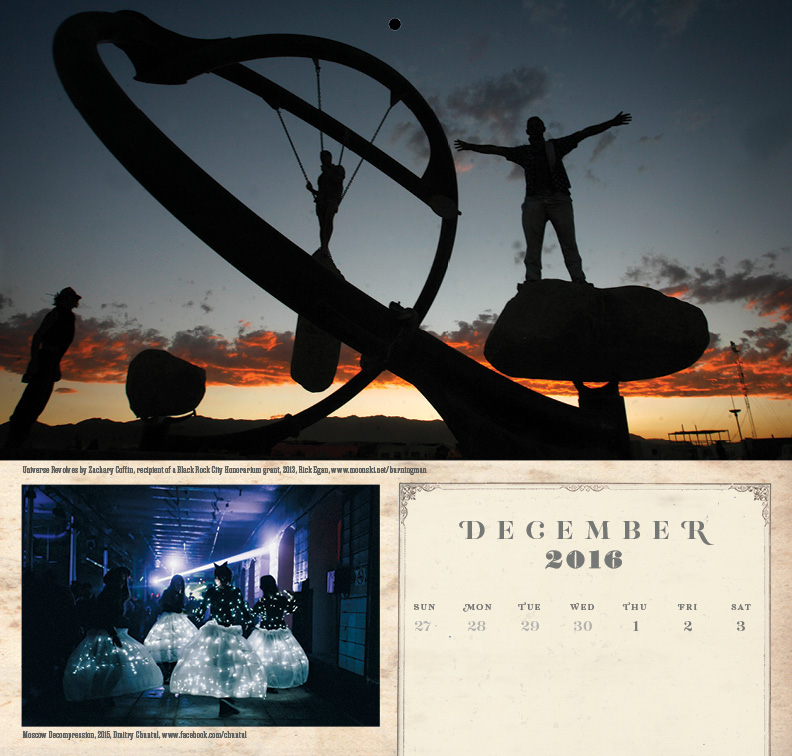 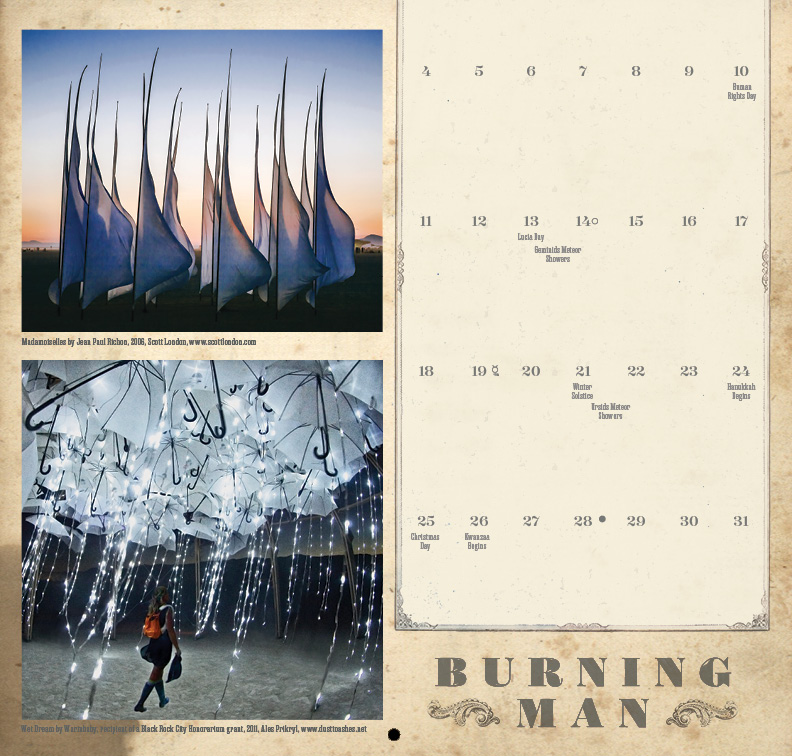 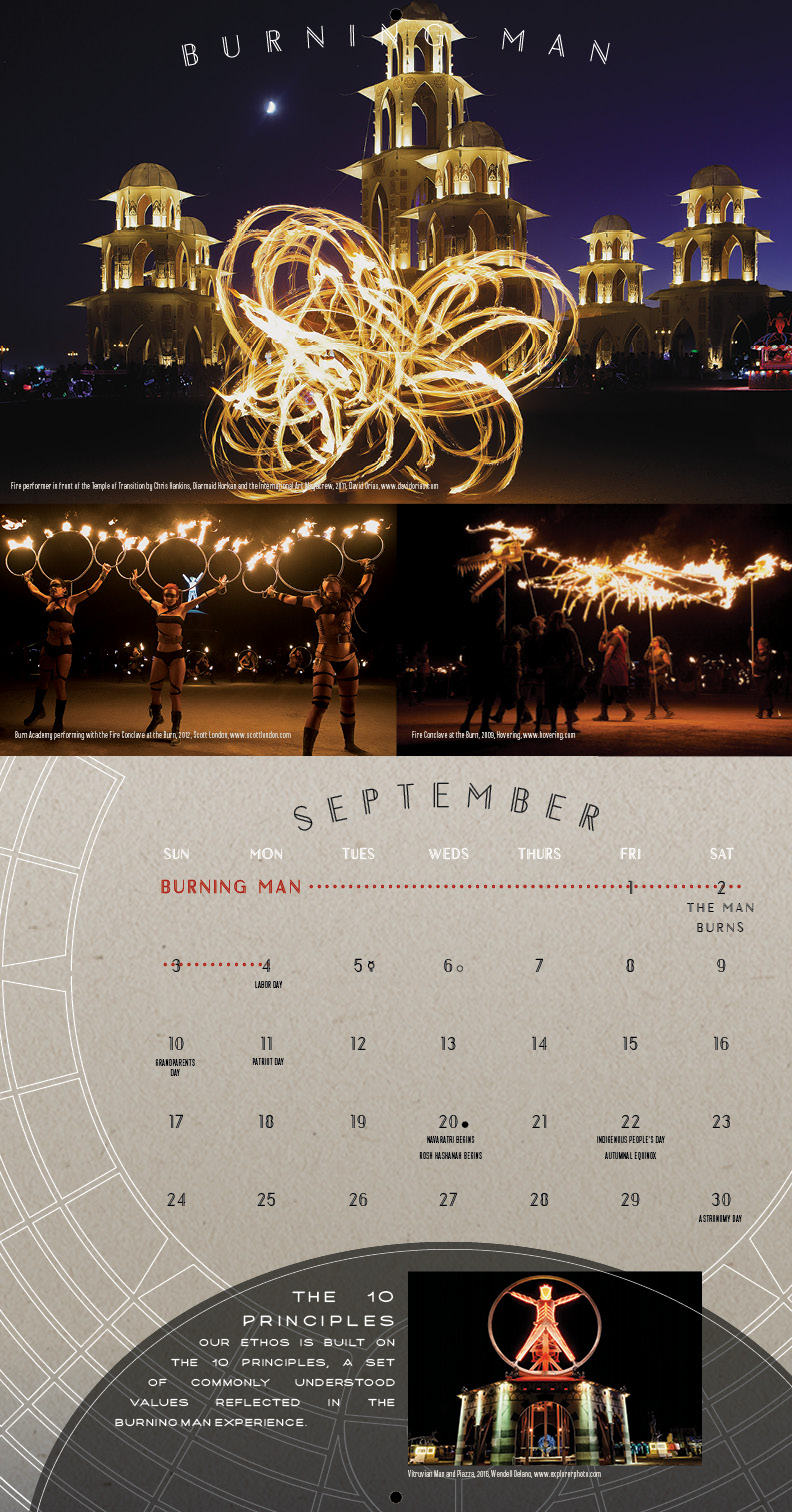 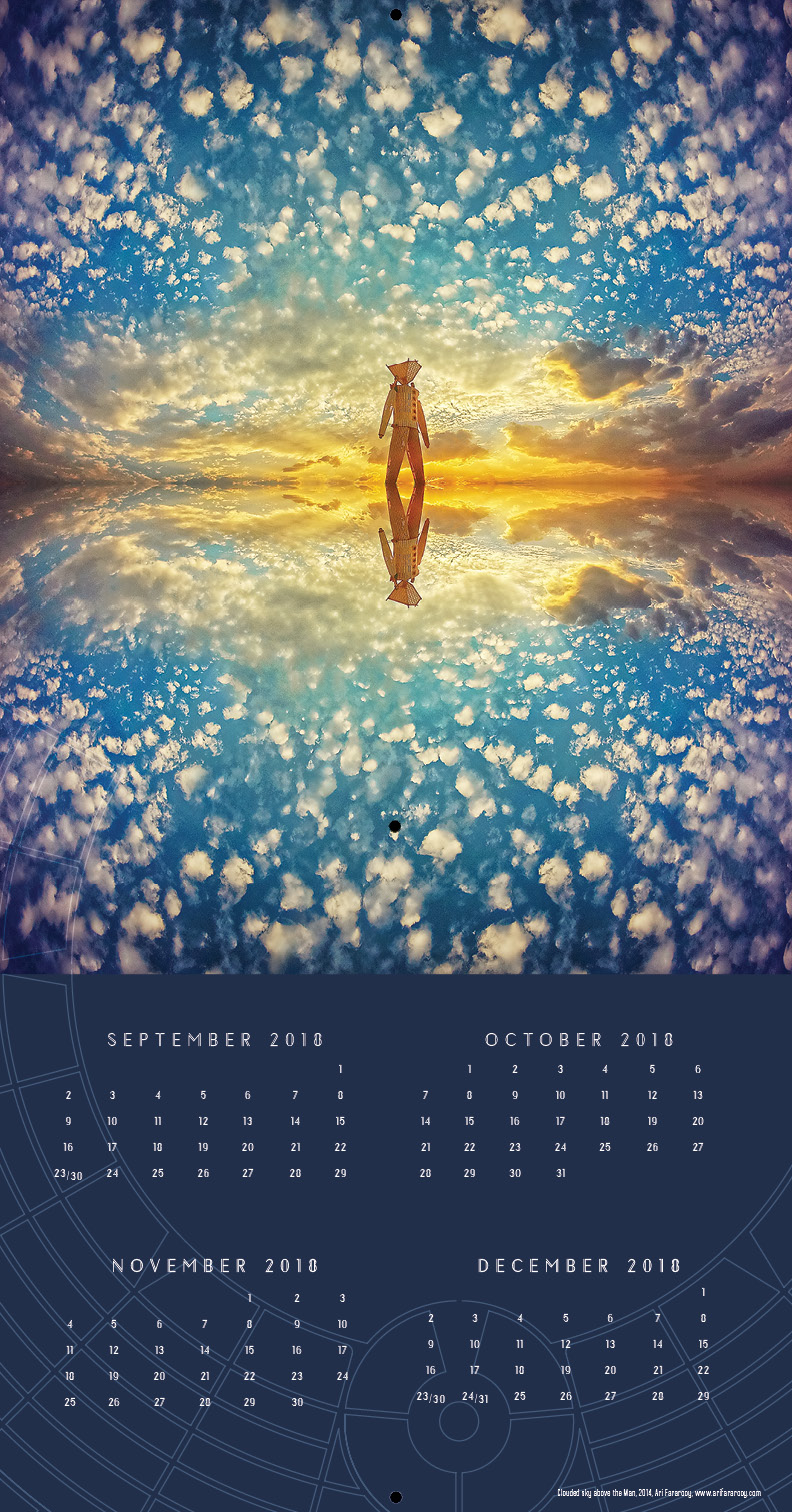 If you made it this far, it may be because you’re curious where to get one. If so, enjoy.

3 comments on “The Secret History of the Burning Man Calendar”