Logo development, transitional branding and design for a community non-profit celebrating both a significant milestone and development project.

2015 – Berkeley Food and Housing Project (BFHP) has been serving the homeless community for forty-five years. Wanting to share this significant milestone with their community, and capitalize on their investment of that recognition, they approached me to develop a broad array of collateral to support those needs and update their general day-to-day operational materials. 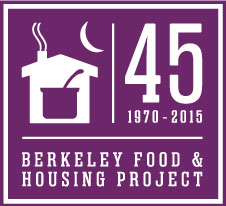 The initial priority of the scope was materials for the anniversary gala, but the first hurdle to cross was their existing logo. While the logo had served them well for several years, it no longer conveyed the strength of their experience and professionalism. With two significant communication opportunities on the horizon, both the anniversary gala and capital campaign, BFHP’s message needed to be focused and its impact needed to be stronger. Using the old logo as it stood would not have supported their current level of expertise, and introducing a rebrand would only distract from the message they wanted to communicate.

The solution? An anniversary logo that maintained several elements of the original mark, but with a cleaner and more polished design. The serif font in all caps carried a new sense of grounding and strength, by making the “45” as prominent, the key message was delivered to their audience loud and clear. Bringing in a bold purple color allowed the new image to stand out, with a nod to BFHP’s roots. The anniversary logo was used across all BFHP’s materials in 2015, including letterhead, stationery, invitations, all materials supporting the 45th anniversary gala as well as social networking efforts. 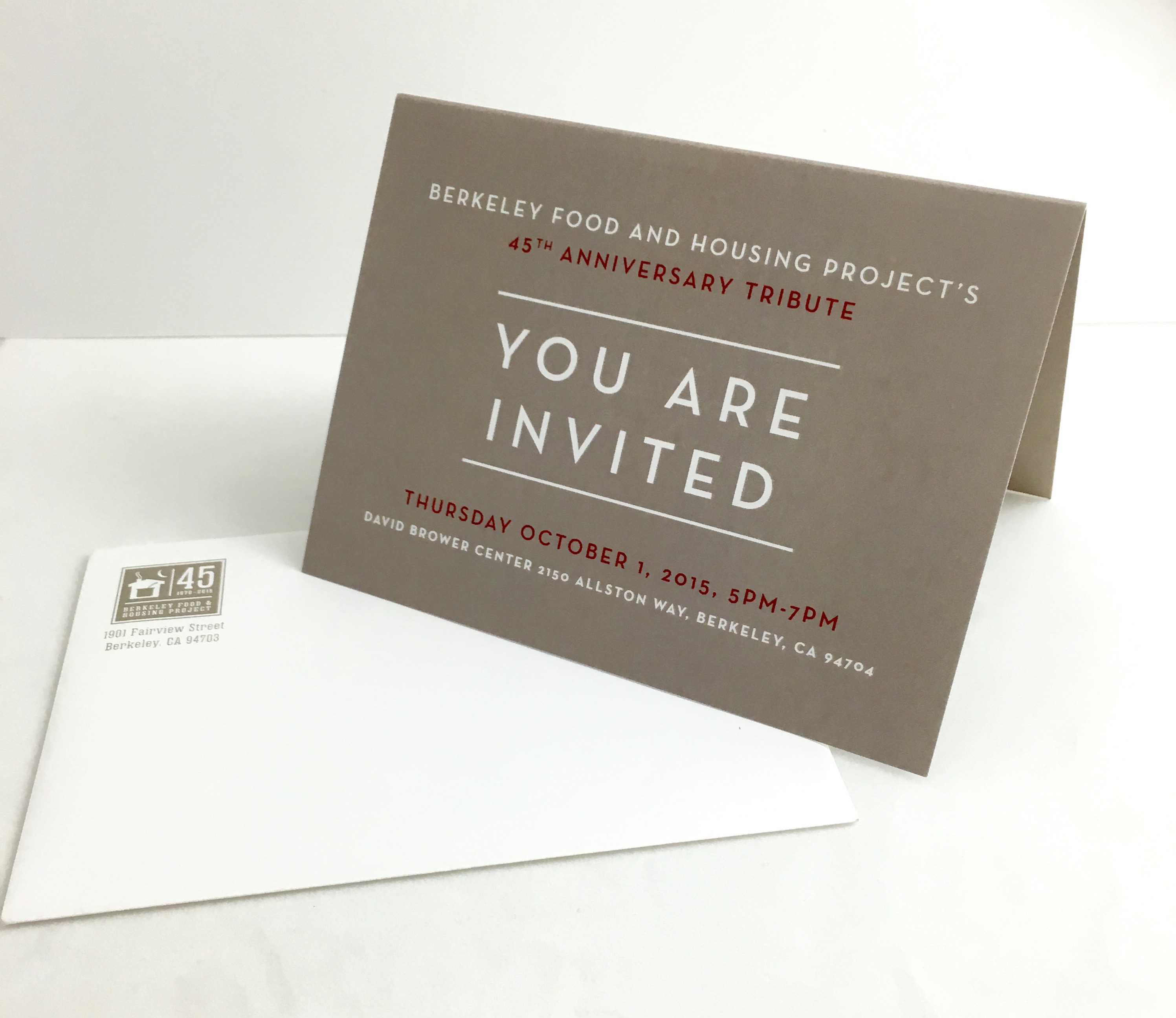 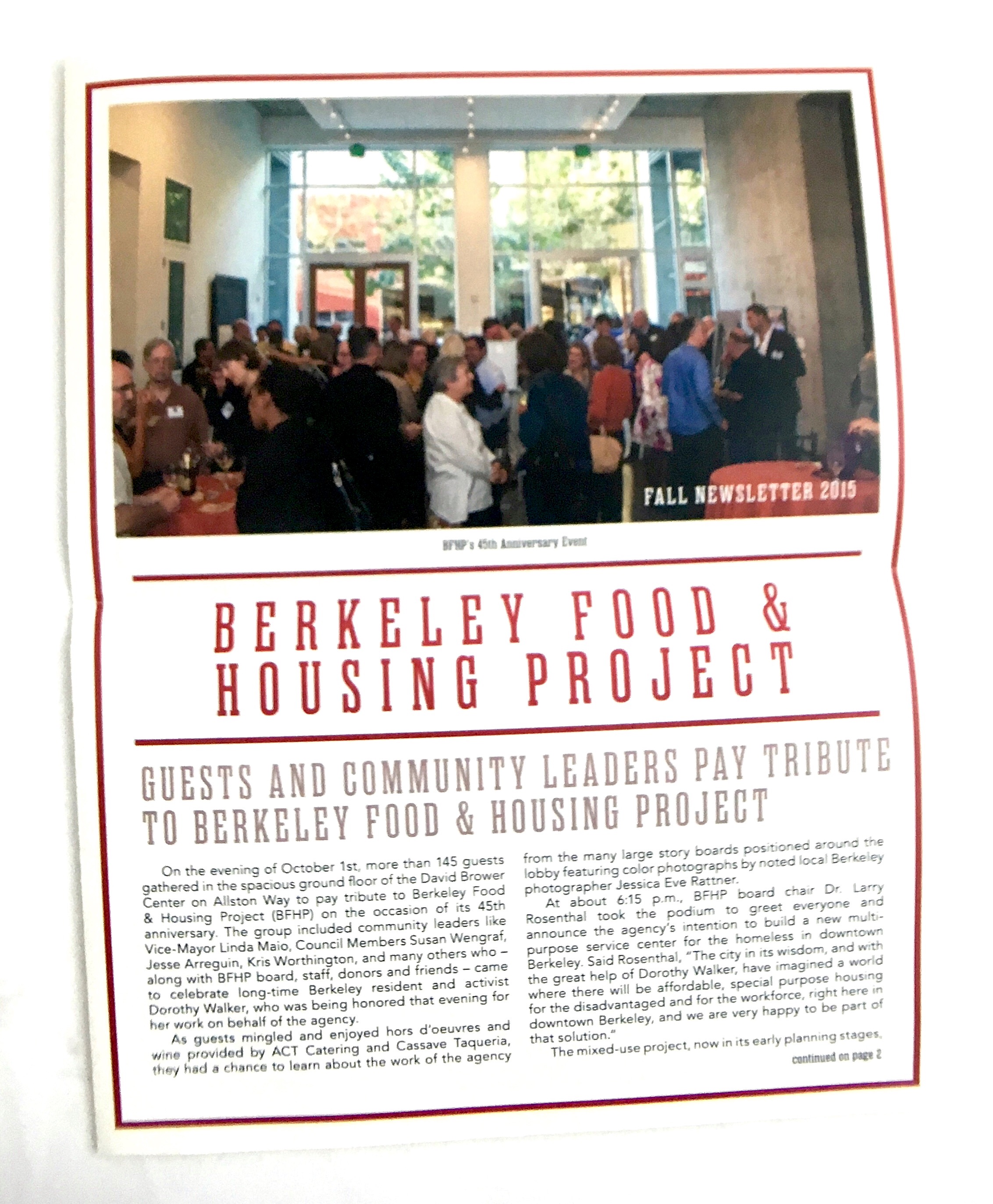 After receiving a grant to build a state-of-the-art mens’ facility in Berkeley, BFHP began fundraising and outreach immediately after the gala for this new building. The four-year capital campaign was titled Many Ways Home, a name developed with a grant from, and in partnership with, the Taproot Foundation. A logo was needed to represent the efforts of the capital campaign for the next four years. I created a logo that shows houses pointing  to the four poles, and coming together to create a new shape, representing the various paths out of homeless ness, and the scope of BFHP’s reach. The new red and taupe color palette allowed BFHP to present their campaign with a strength and maturity necessary for the mission. Stakeholders were thrilled with the result.

All these successes left the project with an unique situation. A logo that was only applicable for 2015, a potential logo for 2019, and the original logo that had been official retired. The challenge was to bridge the gap between both successful logos in a way that would maximize recognition and convey BFHP’s core values. By utilizing the elements of the anniversary logo with the color palette of the campaign logo, a logo was created that will compliment their current efforts. 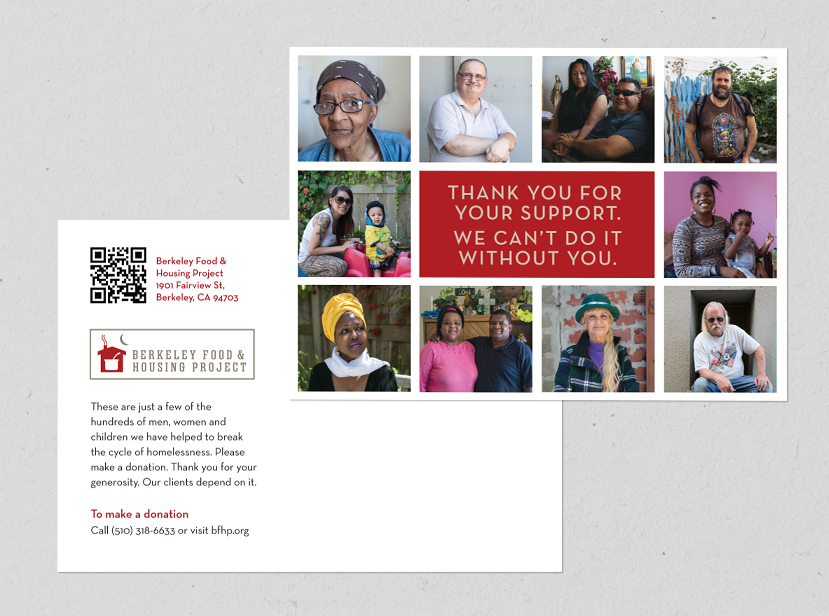 Berkeley Food and Housing Project year-end, fundraising postcard. This postcard generated over 100 new donations the week it was sent out. 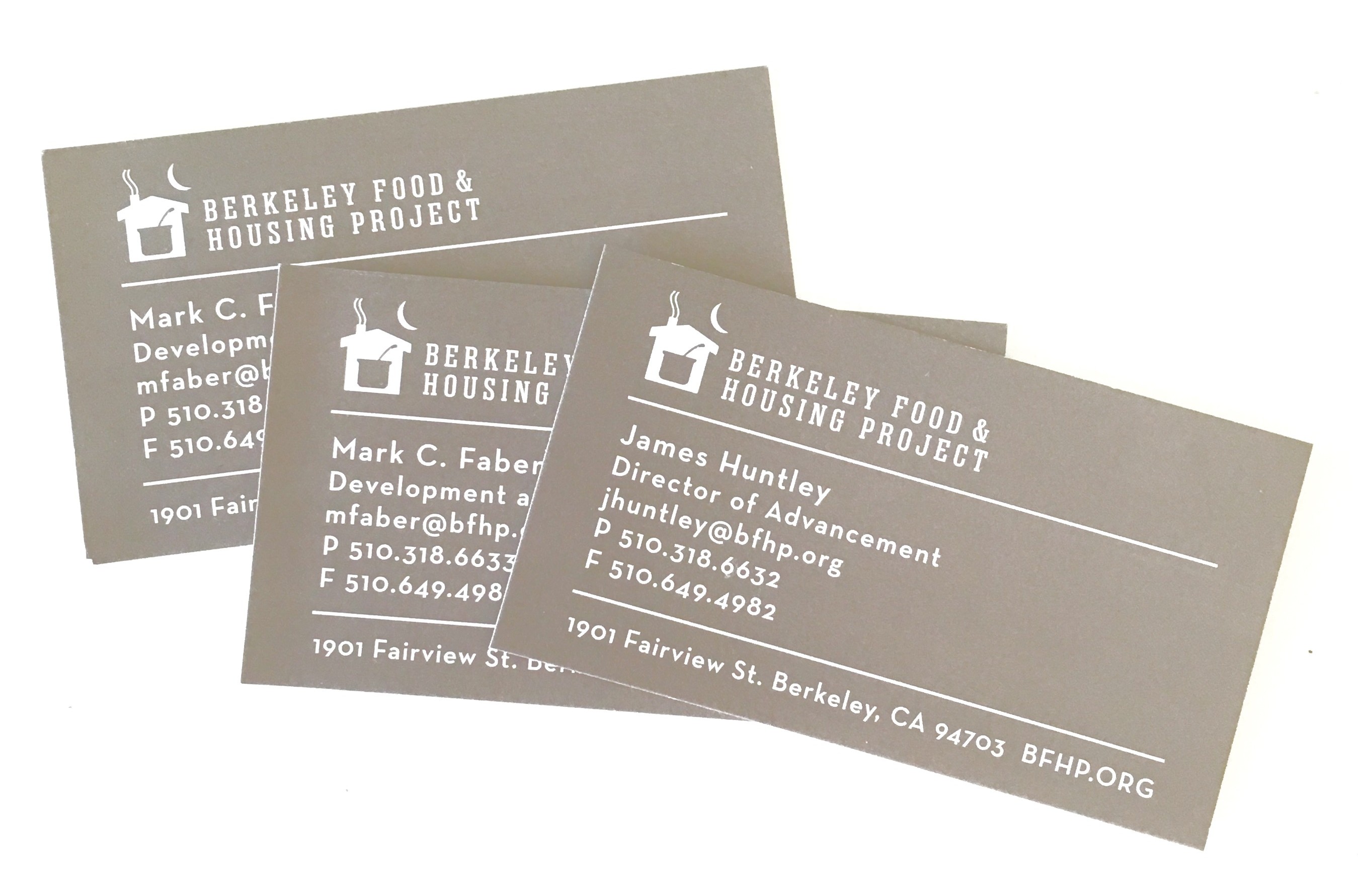 “Your work is really superb – but your process is what makes it all flow – and makes it such a pleasure to work together.” Jim Huntley, Berkeley Food and Housing Project’s Director of Advancement

The perfect combination of intentional design and effective problem solving is the answer to a great logo for any organization.

Wondering if your branding is delivering like it could be?
Let’s take a look at it together.