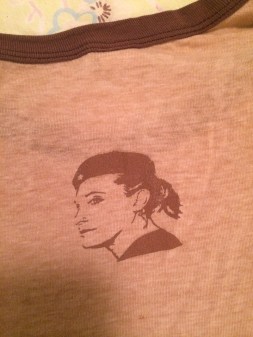 In 2004 my dear friend Piper was serving a year-long sentence in a federal women’s prison. Our husbands have been best friends since college. It was a long, hard year, that came after 7 long, hard years while we waited for Piper to be sentenced.  To celebrate the half way point of her jail time, Larry asked me to design a shirt that we could sell to raise money for FAMM – Families Against Mandatory Minimums. My husband still wears his Free Piper tee all the time, and I thought that was the end of that.

There have been a lot of surprises since then. Piper wrote a book, she became a breathtaking and inspiring activist for prison reform, and now there is a tv Piper and a tv Larry. Thanks to the success of Orange Is The New Black, you can contribute to our effort to support FAMM by buying our classic Free Piper T-shirt on the OITNB site.

For more information on criminal justice reform see a list of resources at PiperKerman.com. 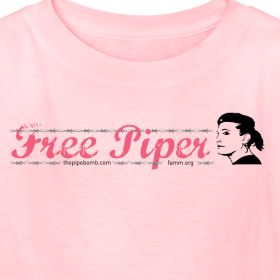 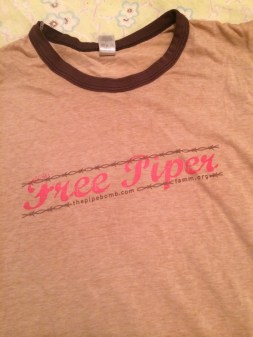